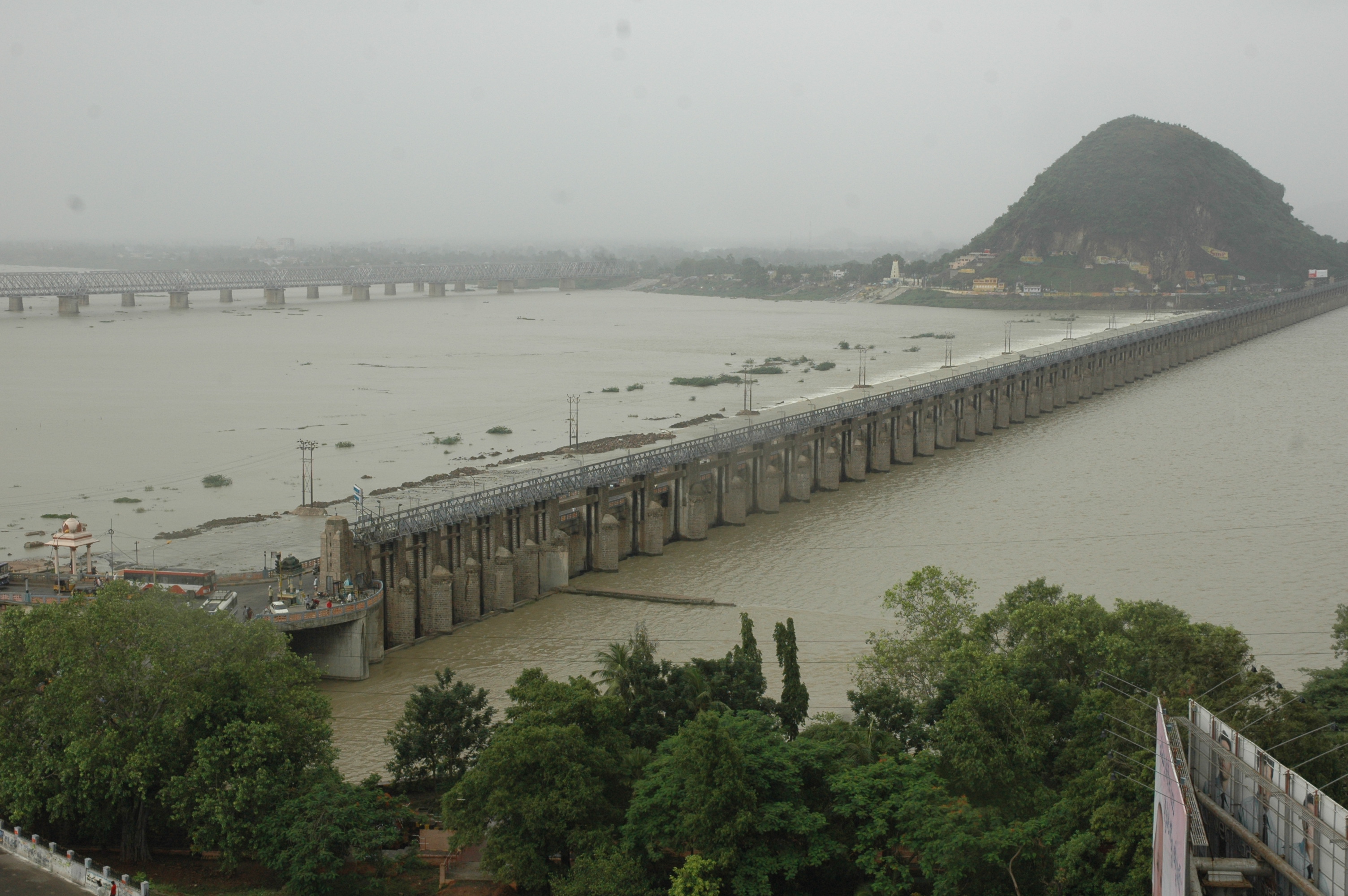 The Krishna anicut with its canals for irrigation and flood banks for the protection of the Krishna delta from the floods was constructed from 1852 to 1855 at a cost of Rs. 2 crores. It was designed by Sir Arthur Cotton and was built by Capt. Orr. The barrage was built to irrigate an ayacut of 5.8 lakh acres.

Due to development of ayacut in Krishna delta, the anicut was incapable of providing water for irrigation. Since irrigation under river Krishna was developed in the uplands, other states were also fully utilizing the allotted Krishna water. The scenario necessitated construction of a structure, which can head up water 12 ft. above the crest of the anicut to cater to the needs of an ayacut of 13 lakh acres in Krishna, West Godavari, Guntur and prakasam Districts.

Thus, Prakasam Barrage was born. It was named after the great leader Sri Tanguturi Prakasam Panthulu, the barrage was constructed between 1954 to 1957 and costed Rs. 2.78 crores.